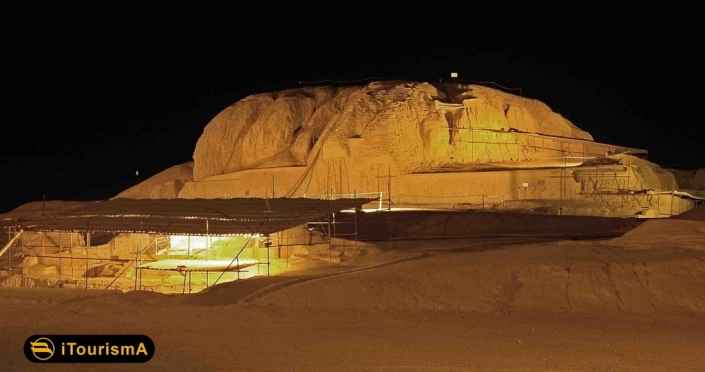 Sialk Hills is a large ancient archeological site in a suburb of the city of Kashan, Isfahan Province, in central Iran, close to Fin Garden. The site consists of two hills with 600 meters of distance. Adjutant to the hills, the remains of two graveyards (necropolis) has also been excavated. Excavations on the north hills, dates the remains back to 7500 years ago, which has been abandoned 6100 years ago, while on the southern hill people resided. Through excavations that have taken place, the 4th ziggurat of Iran has also been discovered. This ziggurat was built approximately 5000-4250 years ago. The graveyards which date back to 3500 and 3000 years ago belonging to the Med dynasty are also in the Sialk site.

iTourismA Amol
Scroll to top
error: Sorry. You do not have permission to copy!