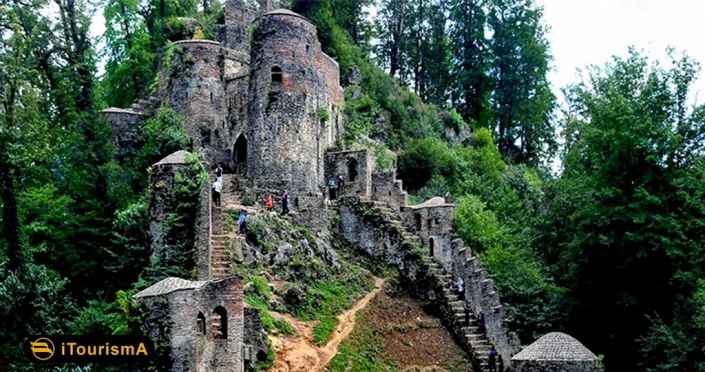 Rudkhan Castle, is a brick and stone medieval fortress in Iran that was built by the Talyshs to defend against the Arab invaders during the Arab/Islamic invasion of Sassanian Iran. With the fall of the Sassanid Empire, this area became a defensive position against the Arabs in the then-newly established Tabarestan. Located 25 km southwest of Fuman city north of Iran in Gilan province, it is a military complex which had been constructed during the Sasanian era (224-651), and later rebuilt during the Seljuq era by the Nizari Ismailis. After crossing a mountainous winding route with dense forests, the first thing that one notices about the castle is its big entrance gate.

iTourismA Chehel Sotoun
Scroll to top
error: Sorry. You do not have permission to copy!