Shiraz County is located in the southwest of Iran on the seasonal, Khoshk River.

Shiraz is the fifth most populous city of Iran and the capital of Fars Province.

In addition to its fame for being a major hub of “Electronic Industries” as well as “Medicine” in Iran, Shiraz is known as the “Cultural Capital” of Iran, which is inhabited by different ethnic groups.

Shiraz is regarded as the “Paradise of the Tourists”. Its geographical features provide for a range of activities including skiing in the winter resorts just some kilometers away, mountain climbing, and hiking in the woods.

Shiraz is famous for its wonderful Gardens; however, it can be visited for a diversity of purposes.

In the 13th century Shiraz became a leading center of the arts and letters due to the encouragement of its ruler and the presence of many Persian scholars and artists.

Shiraz was the capital of Persia during the Zand dynasty from 1750 until 1800.

Two famous poets of Iran Hafez and Sa’di are from Shiraz whose tombs are on the north side of the current city boundaries.

The crafts of Shiraz consist of inlaid mosaic work of triangular design silver-ware pile carpet-weaving and weaving of Gilim and Jajim in the villages and among the tribes. 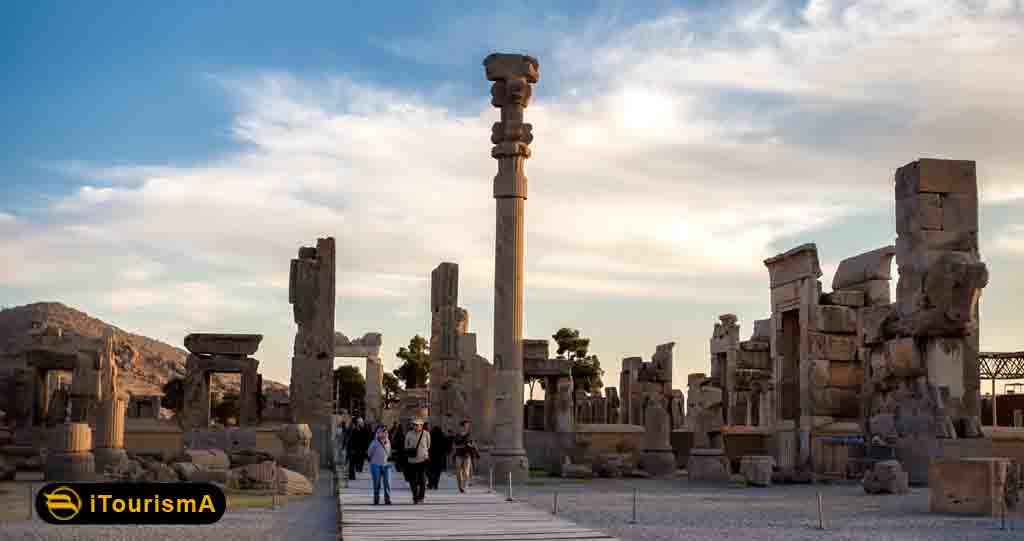 Persepolis is situated 70 km northeast of the modern city of Shiraz in the Fars Province of modern Iran.

In contemporary Persian, the site is known as Takht-e Jamshid. The earliest remains of Persepolis date from around 515 BCE.

To the ancient Persians, the city was known as Parseh, which means “The City of Persians”.

Another sight attributed to Achaemenid era is Pasargadae, which lies 43 Kilometers to the north of Persepolis.

Pasargadae was the first capital of the Achaemenid dynasty built in the reign of Cyrus the Great.

Saadi, and Hafez are two most popular poets of Shiraz and Iran.

Today, many people from all over the world come to visit their tombs.