Hormuz Island is located in the Persian Gulf, in the southern part of the country. The Island has an area of 42 square kilometers. Its surface is covered by sedimentary rock and layers of volcanic material. Hormuz Island has a tropical climate due to its location and the humidity is about 95% almost all the year. Summers are extremely hot and humid, with sunny days, and an average high temperature more than 45 °C. The lowest temperature at night is approximately 30 °C. The life on Hormuz is still very much traditional; all people are centered in the main and only village of Hormuz. There is around 7,000 inhabitants living on the island who speak a language which is a mixture of Farsi, Hindi, Arabic, and English. The language is also influenced by the dialect of local Bandar Abbas. 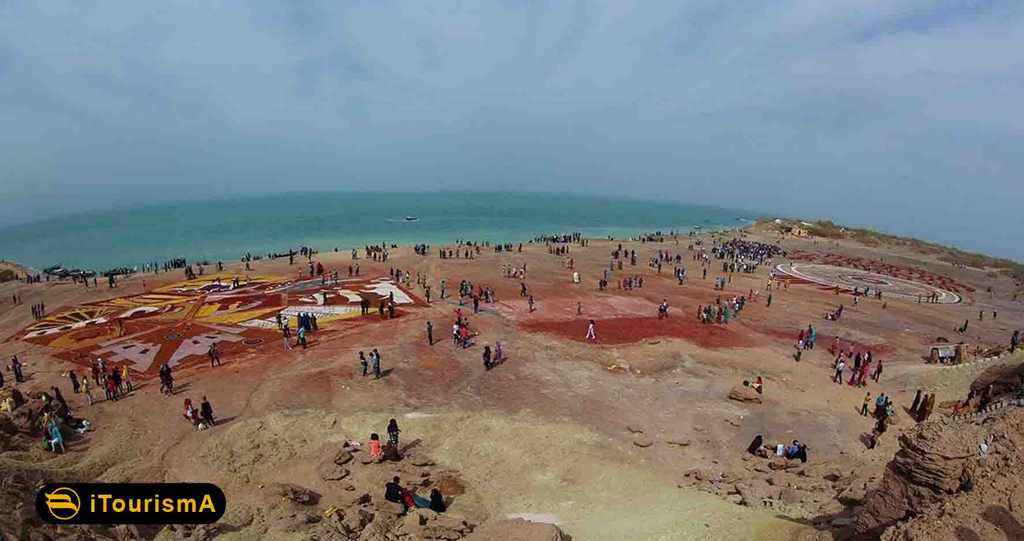 Some best Places to visit in Hormuz Island are:

The Portuguese Fort is a red stone fortress and one of the last surviving monuments of Portuguese colonial rule in the Persian Gulf.

The Silence Valley is where you will be definitely amazed by its beauty and great silence. To reach the place you need to walk a few hundred yards to enjoy the wonderful mountains covered with crystalline salts. It is believed that the rock salt releases very positive energy, therefore, after spending some time in the area, you will surely have a great deal of energy. 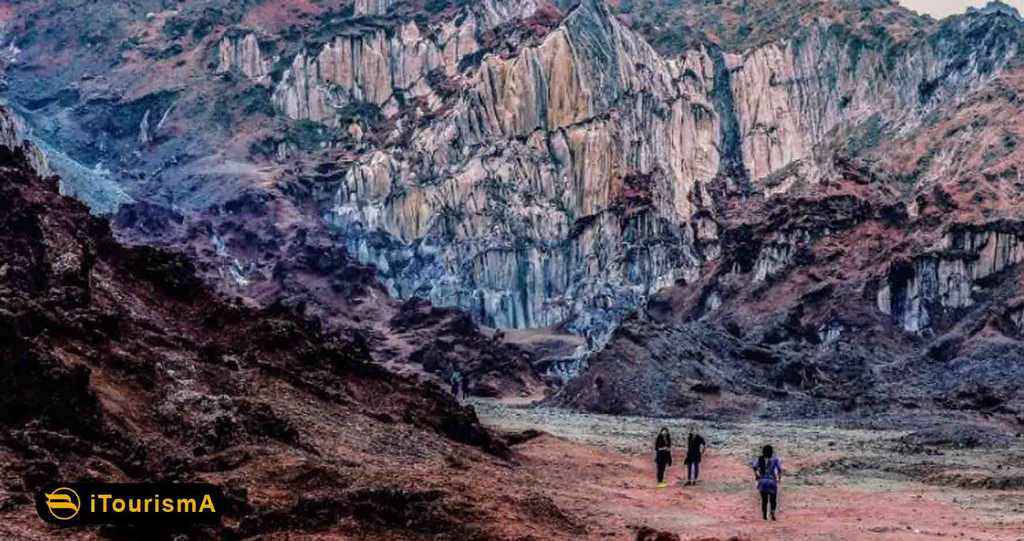 3- Valley of the Statues

With a few hundred meters to the beach, there is tall status in the area. These are all likened to an animal with the imagination of viewers. If you use your imagination you can see a dragon, birds and some other mythical creatures. 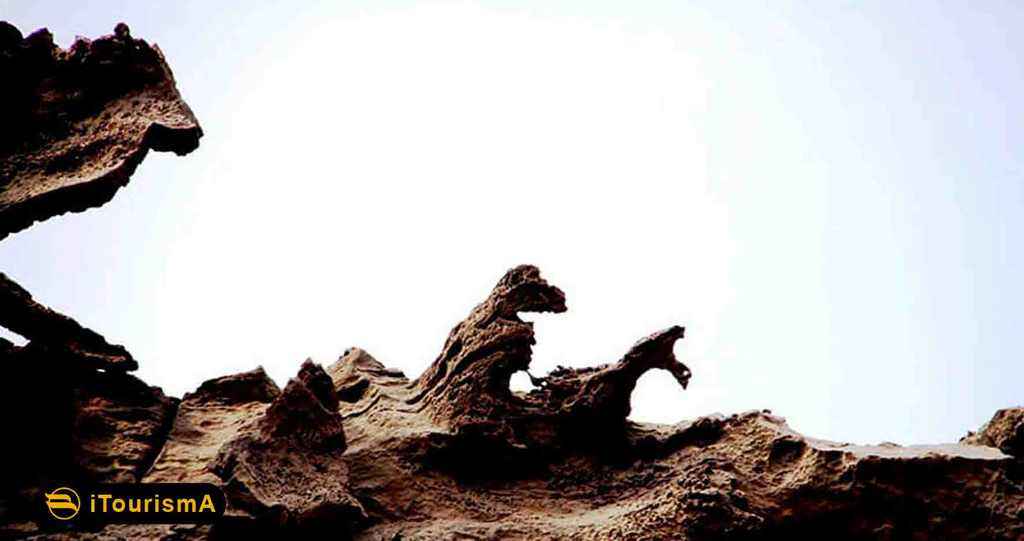 True to its name, and the reasons why Hormuz Island is nicknamed the Rainbow Island, the Rainbow Mountains is a must-see while on the island. The site is easily accessible from the main road. 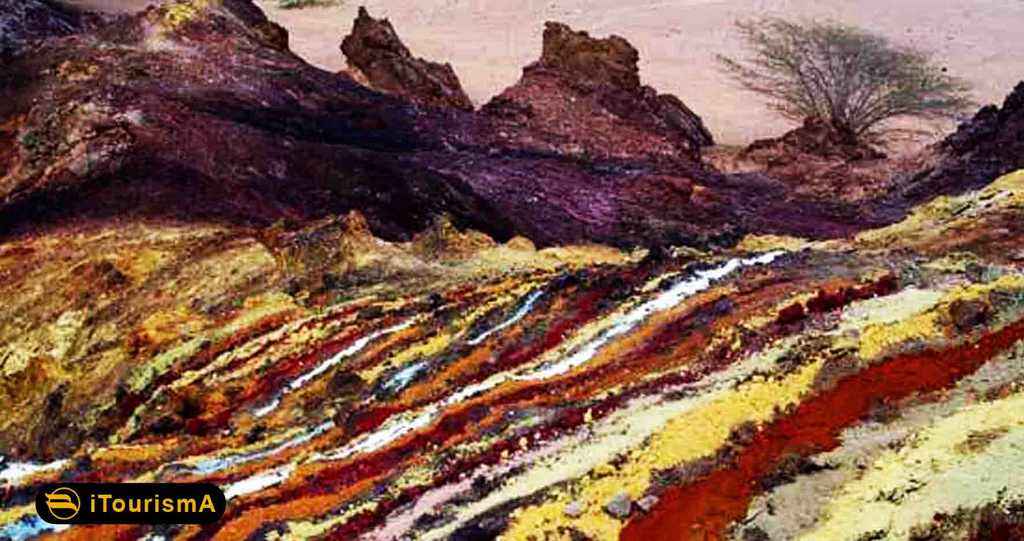 5- The Museum and Gallery of Dr. Nadalian

The Museum and Gallery of Dr. Ahmad Nadalian exhibit the artwork of this environmental artist who is internationally well-known. Many of his works are in other museums around the globe. His environmental art projects include the carving of rocks and paintings by natural colors. 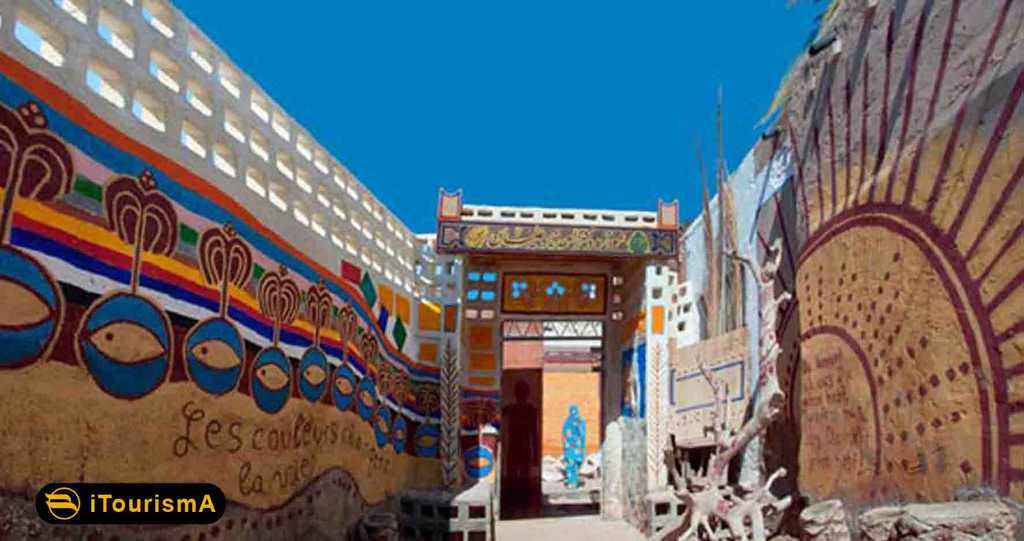