Naqshe Jahan is a public urban square in the center of Esfahan. It is one of the largest city squares in the world and an outstanding example of Iranian and Islamic architecture. Built by the Safavid shah Abbas I in the early 17th century, the square is bordered by two-story arcades and anchored on each side by four magnificent buildings: to the east, the Sheykh Lotfollah Mosque; to the west, the pavilion of Ali Qapu; to the north, the portico of Qeysariyeh; and to the south, the celebrated Royal Mosque. All of the architectural elements that delineate the square, including its arcades of shops, are aesthetically remarkable and adorned. 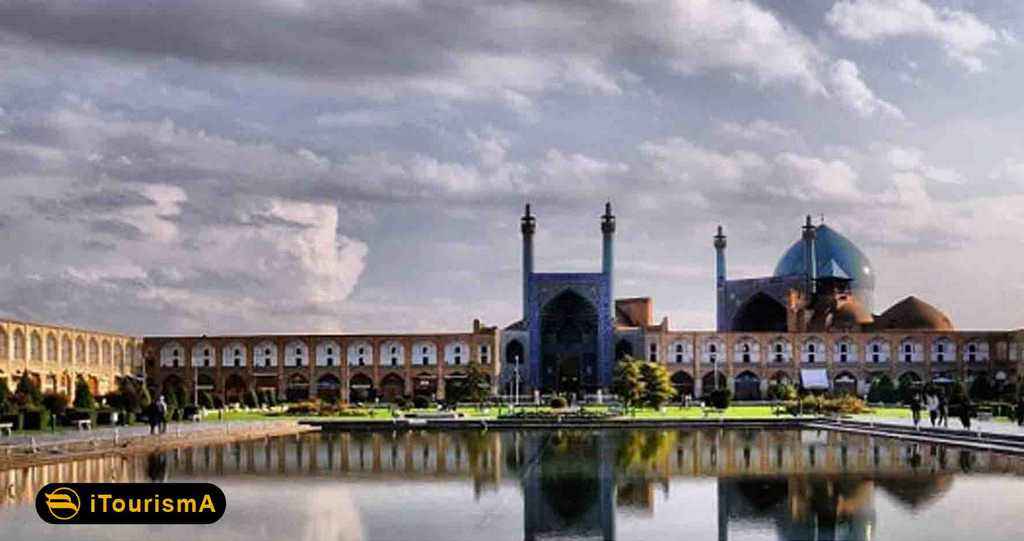 The Naqshe Jahan was at the heart of the Safavid capital’s culture, economy, religion, social power, government, and politics. Its vast sandy esplanade was used for celebrations, promenades, and public executions, for playing polo and for assembling troops. The arcades on all sides of the square housed hundreds of shops; above the portico to the large Qeysariyeh bazaar a balcony accommodated musicians giving public concerts; Ali Qapu was connected from behind to the throne room, where the shah occasionally received ambassadors. In short, the royal square of Esfahan was the preeminent monument of Persian socio-cultural life during the Safavid dynasty.

Throughout the history, the square has been used for performing all kinds of festivals, parades, and ceremonies such as; national, governmental and popular ceremonies. Also this is a square just about perfect for a game of polo. The stone goal posts still exist in north and south ends of Naqshe Jahan Square. Polo and horse riding are two of the ancient Persian sports mixed together, played not only for leisure, but also as a display of bravery of men in wars. The royal household would watch the games from the balcony of Ali Qapu Palace. Apart from this, some executions took place in Naqshe Jahan Square. For the present, Naqshe Jahan Square or Imam Square is still used for performing ceremonies and parades on special occasions. There are Traditional shops all around the square for you to explore. Also, Carriage rides are a wonderful way to experience the beauty of the Naqshe Jahan Square. 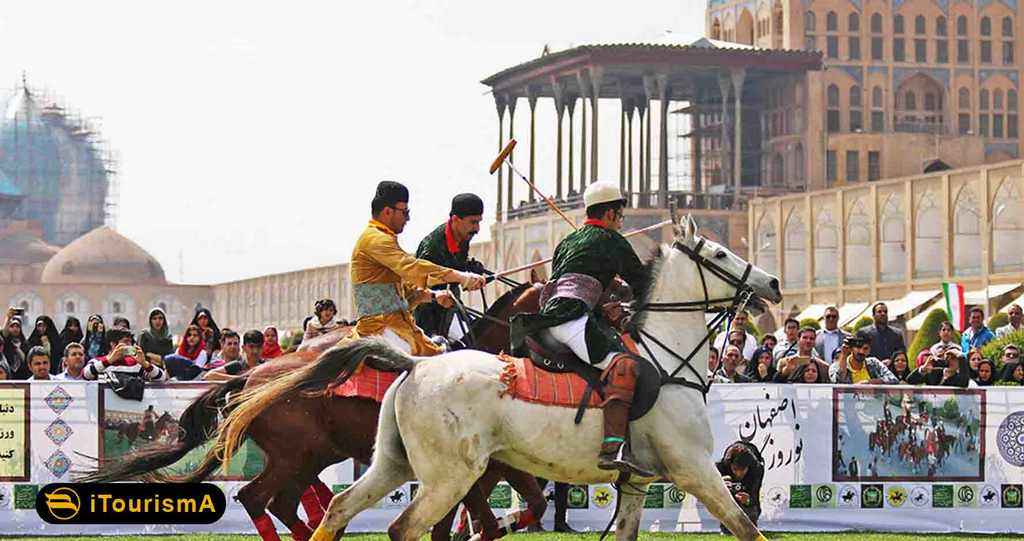 Shah Abbas II was enthusiastic about the embellishment and perfection of Ali Qapu. His chief contribution was given to the magnificent hall, constructed on the third floor. The 18 columns of the hall are covered with mirrors and its ceiling is decorated with great paintings. The Ali Qapu has multiple connotations, but generally connotes entrance or supreme gate to the complex of palaces and public buildings of the Safavid Government.

Isfahan is a city in central Iran and is the capital of Esfahan Province. The Persians call it “Nesf-e-Jahan”, meaning “Half the World”.  It is considered to be one of the most beautiful cities in the world due to its beautiful hand-painted tiling and magnificent public square. There are top 10 popular attractions of Isfahan below.

Naqsh-e Jahan Square is the main tourist spot of Isfahan, one of the UNESCO World Heritage Site. It has a length of 512 meters and 160 meters width containing Sheykh Lotfollah and Shah Mosques, Ali Qapu Palace and Qeysariyeh Mall. 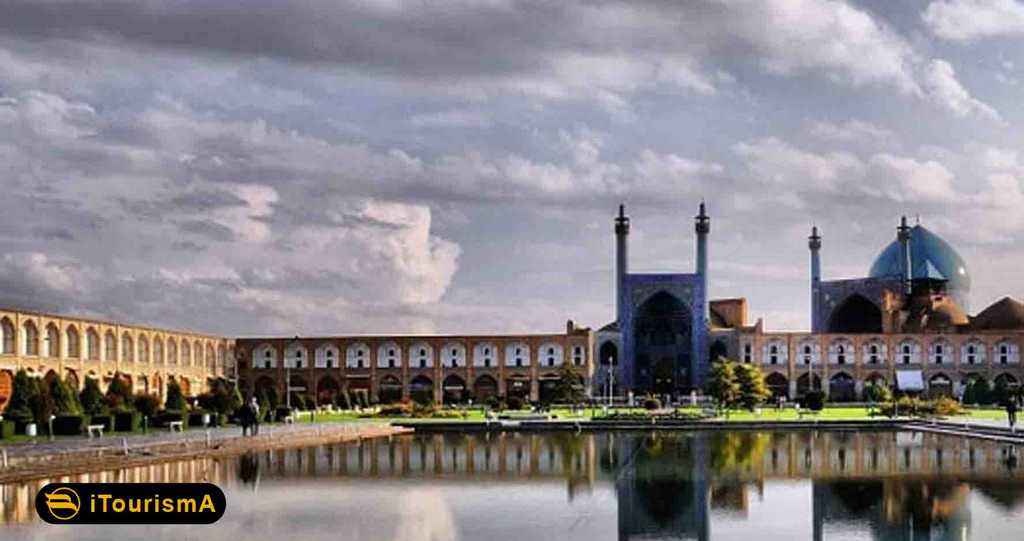 Siosepol or Allah Verdi Khan Bridge has 33 spans from which it gets its name with the longest span of 5.6 meters, crosses Zayandeh Rud River. The bridge has a length of 300 meters and 14 meters width. 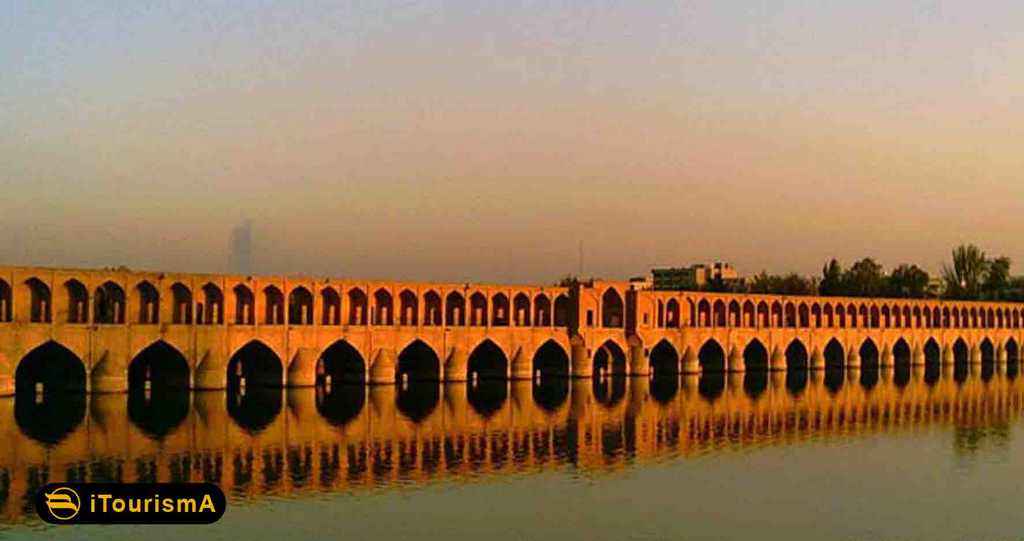 This bridge was built to work for different purposes. As a bridge connected the old Isfahan to villages located on the southern side and also connected Isfahan to Shiraz road. It was built as a wonderful recreational place. It is about 132 meters long and 12 meters wide. 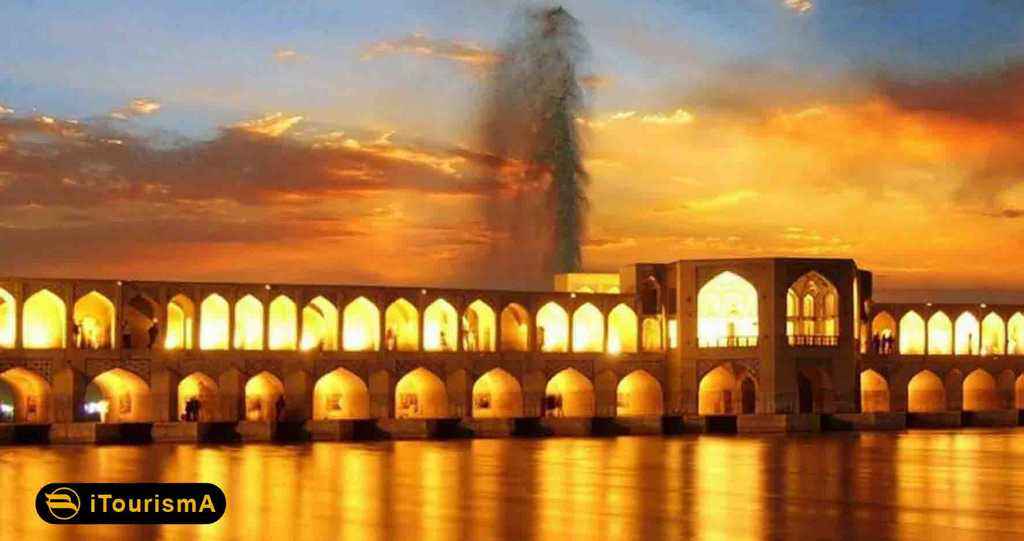 Chehel Sotoun (also Chehel Sotoon) is a pavilion in the middle of a park at the far end of a long pool, in Isfahan built by Shah Abbas II to be used for the Shah’s entertainment and receptions. 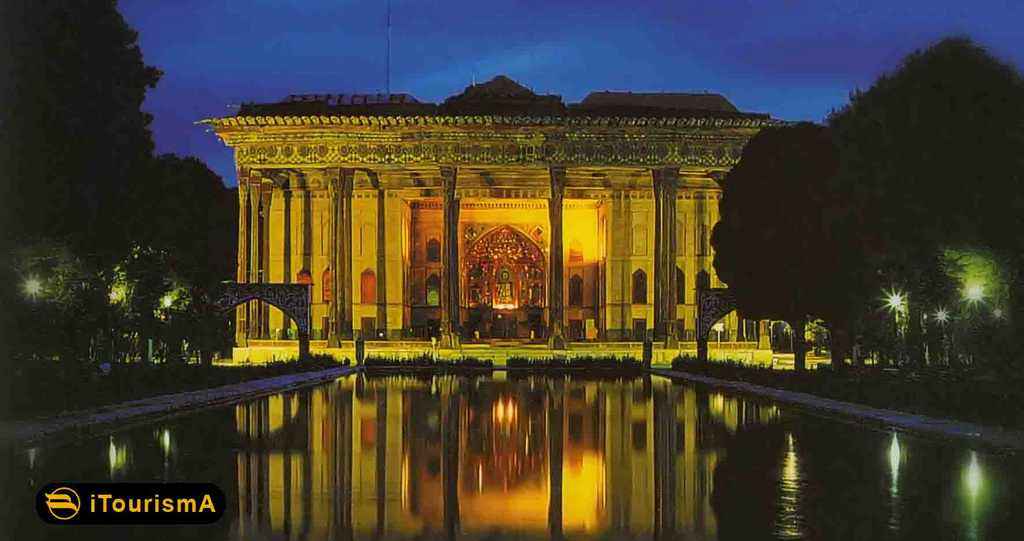 Monar Jonban is considered as one of the most popular monuments of Isfahan for its wonderful architecture. The main distinguished feature of this monument is that by shaking strongly one minaret, the other minaret starts shaking with the same frequency.

6- The Great Mosque of Isfahan

Great Mosque of Isfahan in Iran is unique in this regard and thus enjoys a special place in the history of Islamic architecture. Its present configuration is the sum of building and decorating activities carried out from the 8th through the 20th centuries. 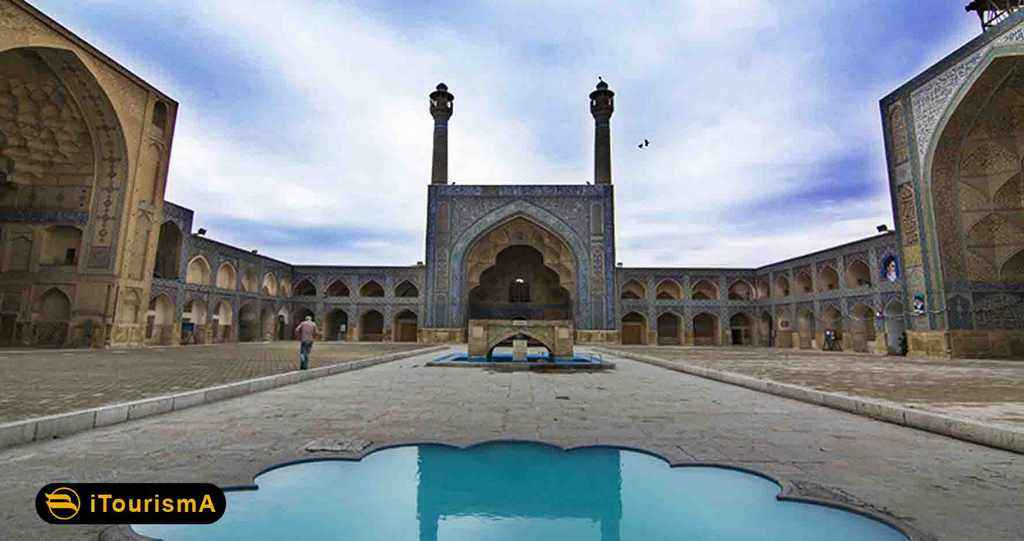 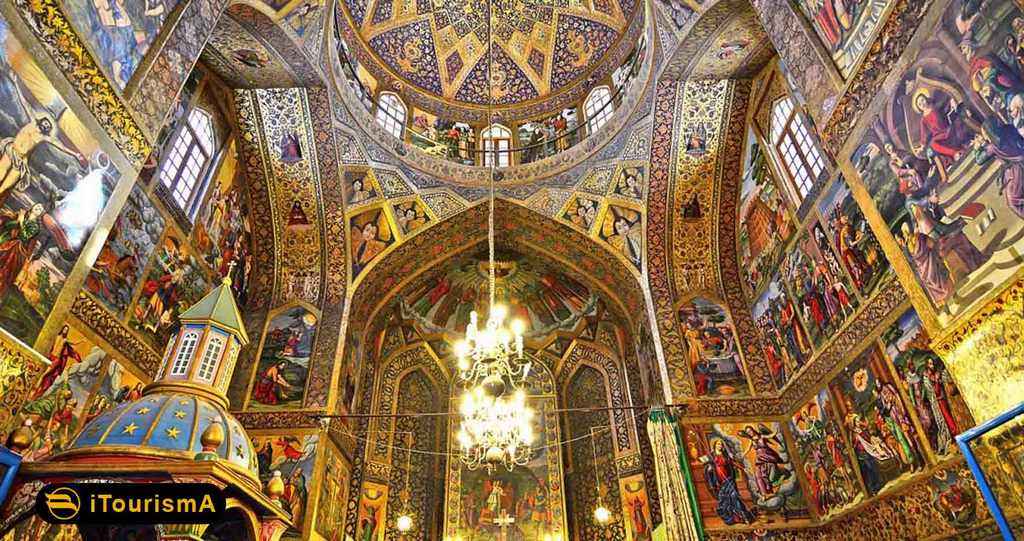 The Isfahan Music Museum is the first private one of its kind in Iran. The Museum was founded by two passionate Iranian musicians of the traditional music, Mehrdad Jeihooni and Shahriar Shokrani. 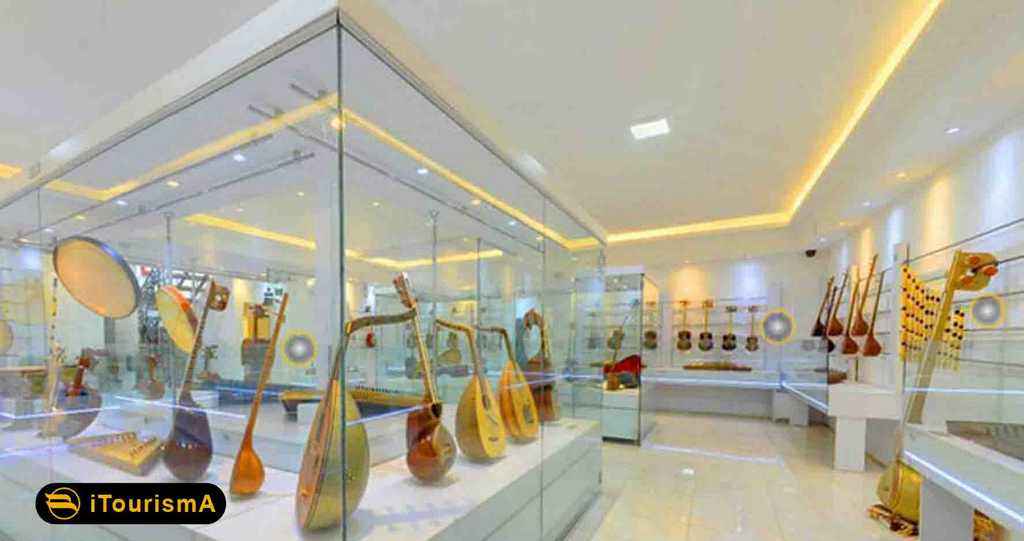 Nazhvan Forest Park is the largest garden of Isfahan which has multiple recreational facilities like an aquarium, Birds garden, butterflies museum and so on. It has an area of 12000 hectares. 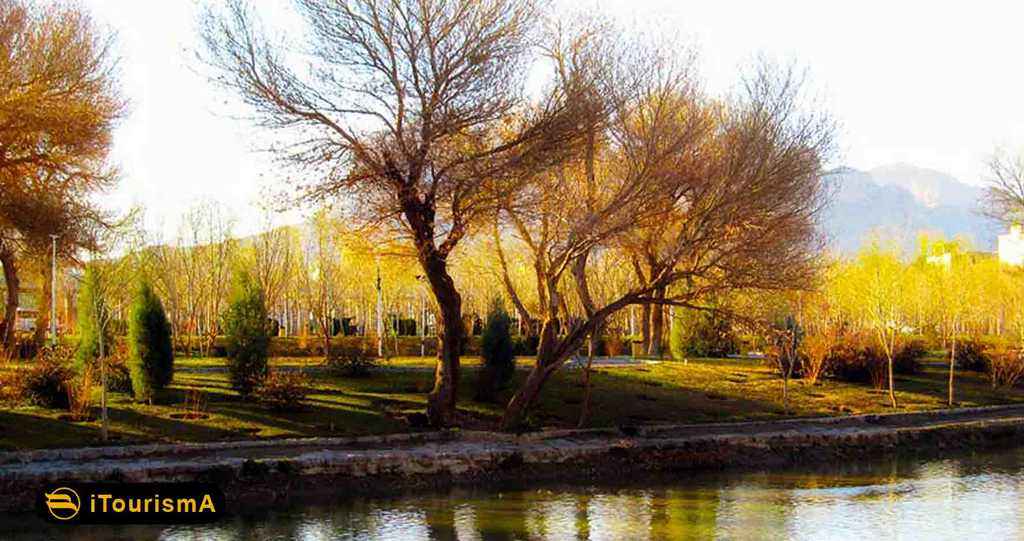 Mount Soffeh is 2257 meters above the sea level in southern part of Isfahan. There were some castles on the mountain for defending purposes, some last vestiges of them have still remained. Mount Soffeh and its surrounding hills have been converted to Soffeh Mountain Park which covers at least 100 hectares. 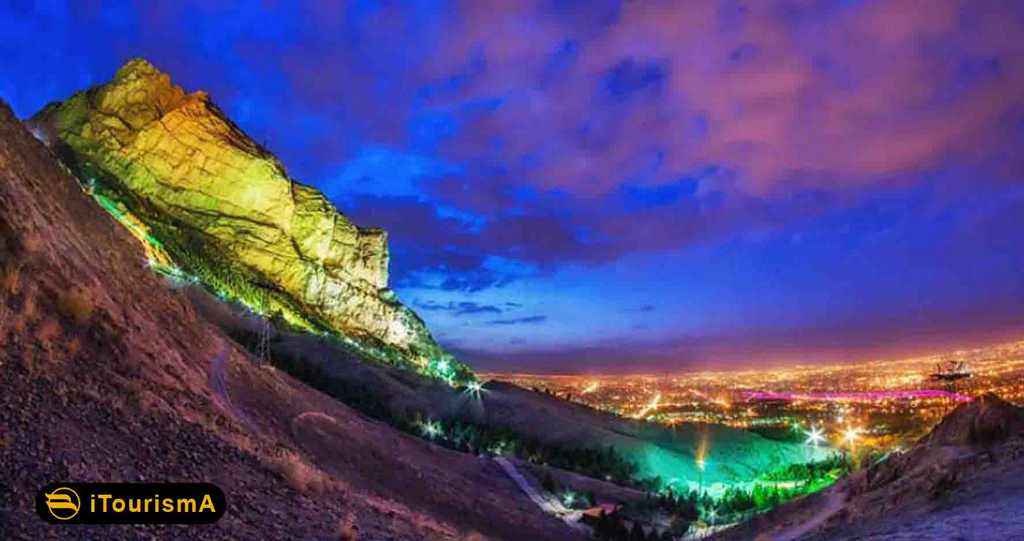