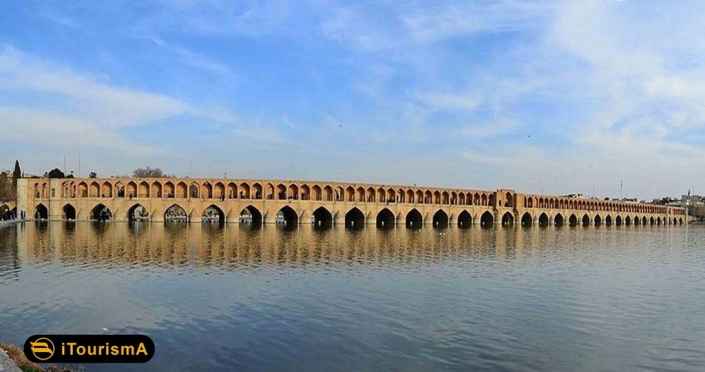 Si-o-se Pol Bridge is a stone double-deck arch bridge in Isfahan, Iran. It is also called Siose Bridge (which in Persian means “33 Bridge” or “Bridge of 33 Arches”) or Allah-Verdi Khan Bridge. Si-o-se Pol Bridge is built by the chancellor Allahverdi Khan Undiladze on commission from Shah Abbas whose chancellor he was. Construction of the bridge began in 1599 and ended 1602. Bridge is long 298 meters and wide 13.75 meters. It has 33 spans from which it gets its name with the longest span of 5.6 meters, crosses Zayandeh River and is located in the southern end of Chahar Bagh Avenue.

Monuments
Scroll to top
error: Sorry. You do not have permission to copy!