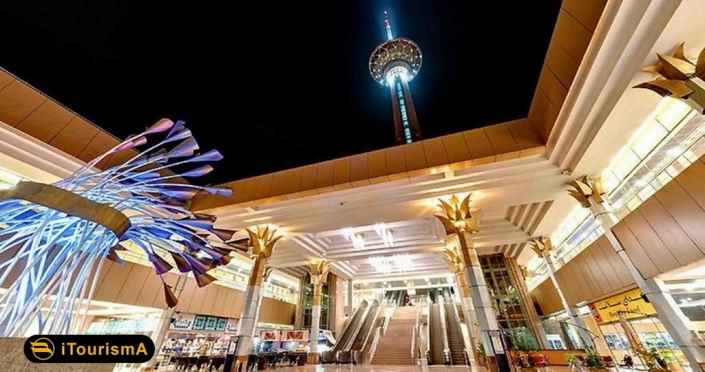 Milad Tower, also known as Teheran Tower, is a 435 m-high multi-purpose Iranian concrete tower built in 2007 in between the Shahrak-e Gharb and Gisha districts of Tehran. As mentioned, it stands at 435 m from base to the tip of the antenna. The head consists of a large pod with 12 floors, the roof of which is at 315 m. In terms of height records and ranks, Milad Tower is the sixth tallest tower in the world after the Canton Tower in Guangzhou, CN Tower in Toronto, Ostankino Tower in Moscow, the Oriental Pearl Tower in Shanghai, and the Tokyo Skytree. It is also the current 17th tallest freestanding structure in the world. The tower is a part of the International Trade and Convention Center of Tehran, which also includes a five-star hotel, a convention center, a world trade center and an IT park.

iTourismA Osku
Scroll to top
error: Sorry. You do not have permission to copy!