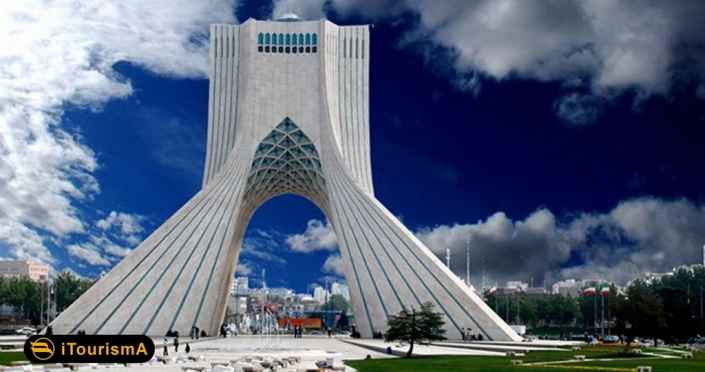 The Azadi Tower, formerly known as the Shahyad Tower, is a monument located on Azadi Square in Tehran, Iran. It is one of the landmarks of Tehran, marking the west entrance to the city, and is part of the Azadi Cultural Complex, which also includes a museum underground. The tower is about 45 metres (148 ft) tall and is completely clad in cut marble. It was commissioned by Mohammad Reza Pahlavi, the last Shah of Iran, to mark the 2,500th year of the foundation of the Imperial State of Iran.

iTourismA Yazd
Scroll to top
error: Sorry. You do not have permission to copy!